Soon to be famous
Chicken Fingers

What’s that? You want to open a Layne’s? Awesome!
Ok, start by telling us a little more about yourself and we’ll get this ball rolling. 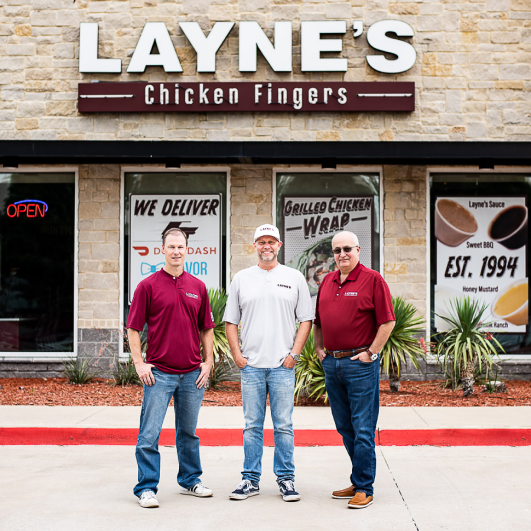 It was back in 1994 when Mike Layne opened the doors of our original location in College Station. The next year, a college student named Mike Garratt came by for lunch, and on his way inside he stopped to clean up the flower beds. Mike Layne noticed the gesture and thought Mike Garratt would make a good addition to the team. Turns out he was right. For the next few years, the two Mikes worked side by side. Layne taught Garratt how to make work fun and that food quality is more important than anything else. In exchange, Garratt taught Layne a thing or two about how to improve the business. As the restaurant continued to grow, Mike Garratt graduated from Texas A&M and became the sole owner of Layne’s.

Flash forward twenty five years to present day and with a little help from some of Mike’s friends we’re bringing Layne’s Soon to be Famous™ Chicken Fingers to the rest of the world.

It is a big decision for you to own a Layne’s and it takes dedication and passion. We recognize that commitment and look forward to exploring a partnership together. 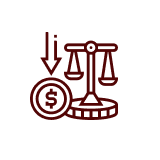 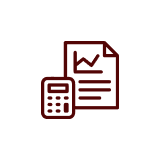 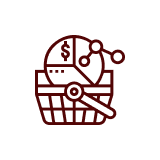 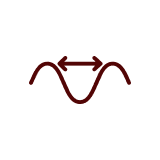 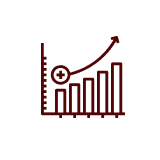 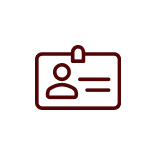 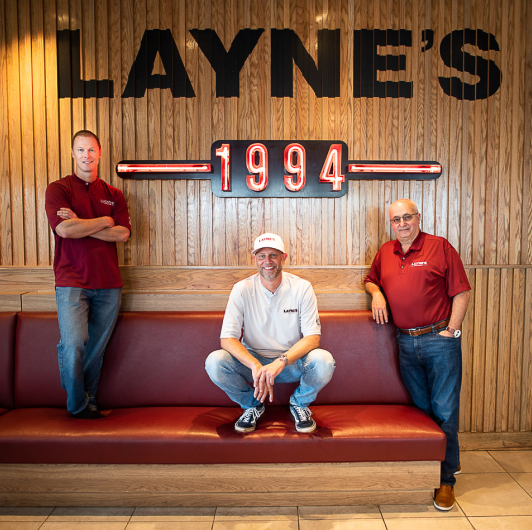 Garrett Reed, CEO, has a degree in finance, but his core background is in the restaurant and commercial real estate industries. Reed has worked on the in-house real estate teams of Starbucks, Corner Bakery and Dunkin’ Donuts. In 2004, Reed started a real estate development company, which primarily developed restaurants, which he still owns and is a very thriving company today. The company performs site selection, market studies and research for a lot of different restaurants.

Matthew O’Reilly, Partner, is a passionate foodie and oenophile who enjoys taking cooking and wine classes. With a background in investing, Matt has had the privilege to work with several different investment companies and sit on several different company boards. Matt gets to merge his company leadership background while cooking great food for guests with Layne’s. Matt has a MBA from University of Texas at Dallas and a BBA at the University of Wisconsin – Eau Claire.

Ralph Reed, CPA, is CFO of Layne’s Chicken Fingers. Mr. Reed brings more than 45 years of financial and operations experience to the company. He started his career with KPMG rising to the level of Audit Manager. He then assumed the position of Executive Vice-President and CFO of a large publicly traded Savings and Loan and was elected President and a member of the Board of Directors before leaving for a large mortgage banking firm. After leaving the financial institutions area, Mr. Reed served as President of a check verification and credit card processing company before establishing a retail development company (N3) in 2002. He sold his interest in N3 in 2005 and established Main & Main. At N3 and Main & Main he has successfully developed and sold over 100 triple net lease properties. He was appointed by Governor Mark White to the Finance Commission for the State of Texas and served as its Chairman during his term. Mr. Reed received both his MBA and BBA (with honors) from Texas A&M University.

Samir Wattar, COO, has an extensive background in restaurant operations. He has worked with emerging brands like MOOYAH Burgers, Fries & Shakes and Fuzzy’s Taco Shop and oversees Layne’s day-to-day operations. 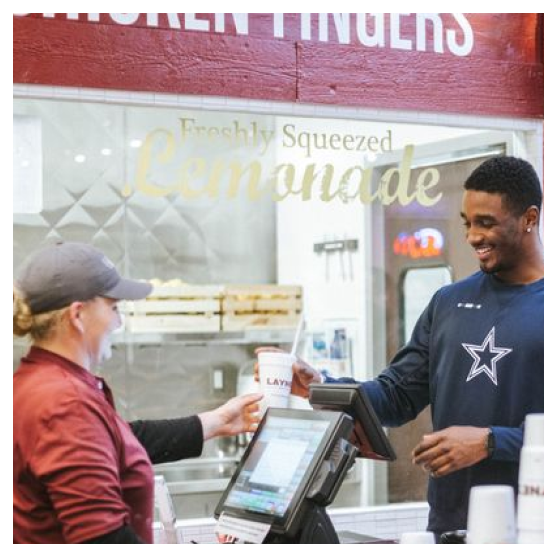 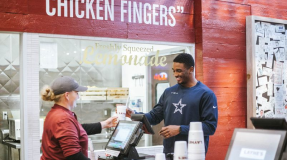 Layne’s Chicken Fingers, the Taste That All Aggies Cluck About, Has Come to Town
Read More > 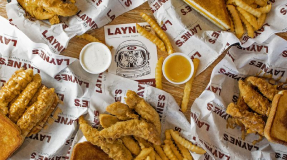 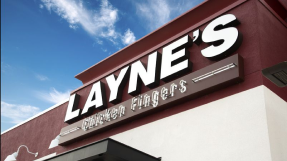 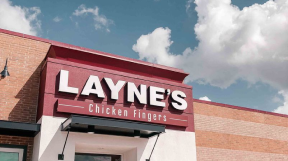 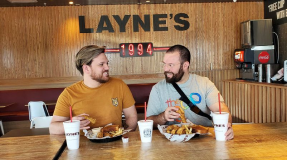 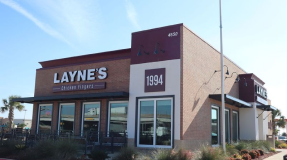 “Everyone knows Layne’s. It's just good food at a great price. I mean, who doesn’t want that. And then there [is] the connection to my alma mater in College Station, so I knew Layne’s would have that built-in following. [And] the corporate team at Layne’s is great. It's just awesome to see how passionate they are and how much they want to see a franchisee succeed”
Masroor Fatany
Owner of Layne’s Chicken Fingers in Katy, Texas
“I found Layne’s through researching different brands. I love the chicken business, and after reading their story, I immediately reached out. When we had our initial meeting, I just had a gut feeling that the executive team is full of good people. We visited the restaurant and the employees were great, the product was great and this was something I wouldn’t mind leaving my hometown for. My dreams and goals for this business is to be a big multi-unit franchisee for Layne’s. I want to be able to grow this business. I have this dream of setting up a company or an enterprise for generations to come in my family and with Layne’s, that is definitely a possibility. I want it to be where I hang up my jersey, my kids can come in and pick up where I left off and keep this going.”
Noah Kara
Owner of Layne’s Chicken Fingers in Corpus Christie, Texas

where layne’s is growing

Layne’s just started franchising, so the world is available!

tell us about yourself and complete the online form

Fill out an application

visit a Layne’s Chicken Fingers location and meet our team

What’s that? You want to open a Layne’s? Awesome!
Ok, start by telling us a little more about yourself and we’ll get this ball rolling.